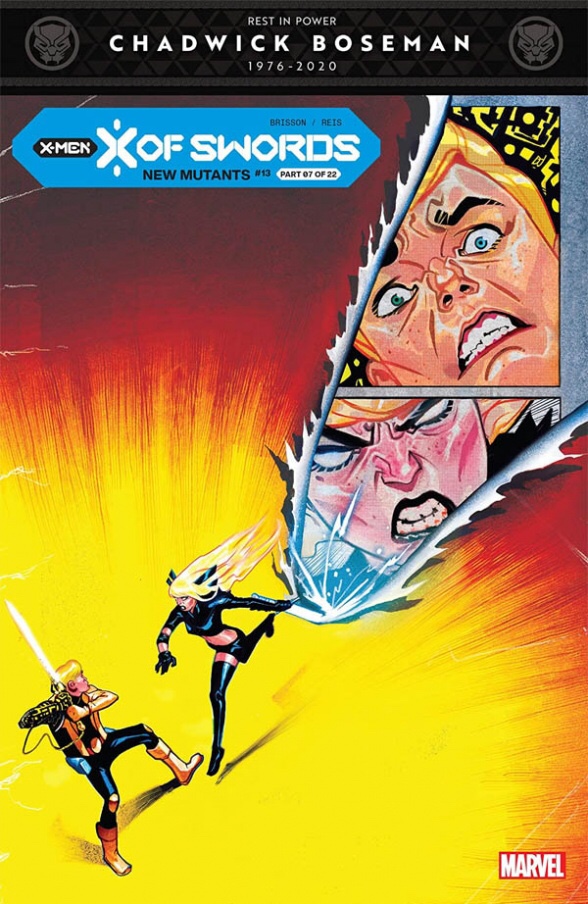 Doug Ramsey wielding a sword as one of the chosen 10 is a joke, right? Or not?? Can Magik whip him into fighting shape in time, or would Doug make a better contribution as “Cypher”? Let’s dive into Part 7 of X of Swords, also known as New Mutants #13, and find out! 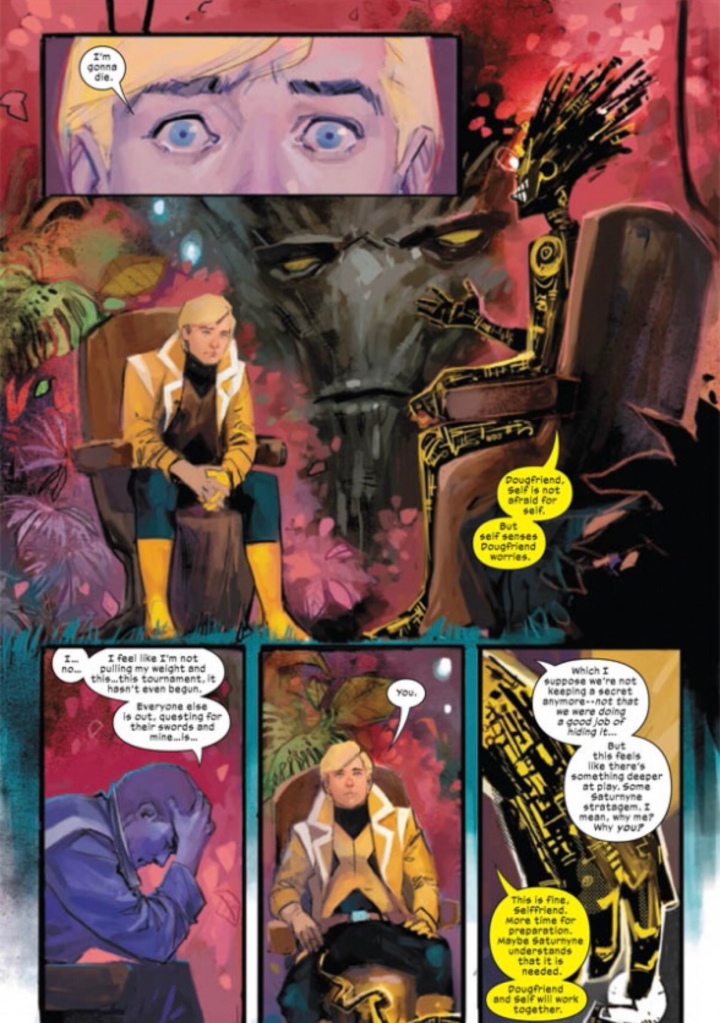 Ed Brisson gets right down to business in this very necessary issue to the X of Swords event. Doug Ramsey has a 36-year comic history of self-doubt, low self-esteem, second-guessing his worth, etc…. He also has a 36-year history of having a great friend in Warlock. So I give Brisson huge props for representing the characters in a fine fashion.

As our preview pictures show Doug is not confident in his chances of survival in battle, and they also show that he’s not used to handling such a big sword, as it were. 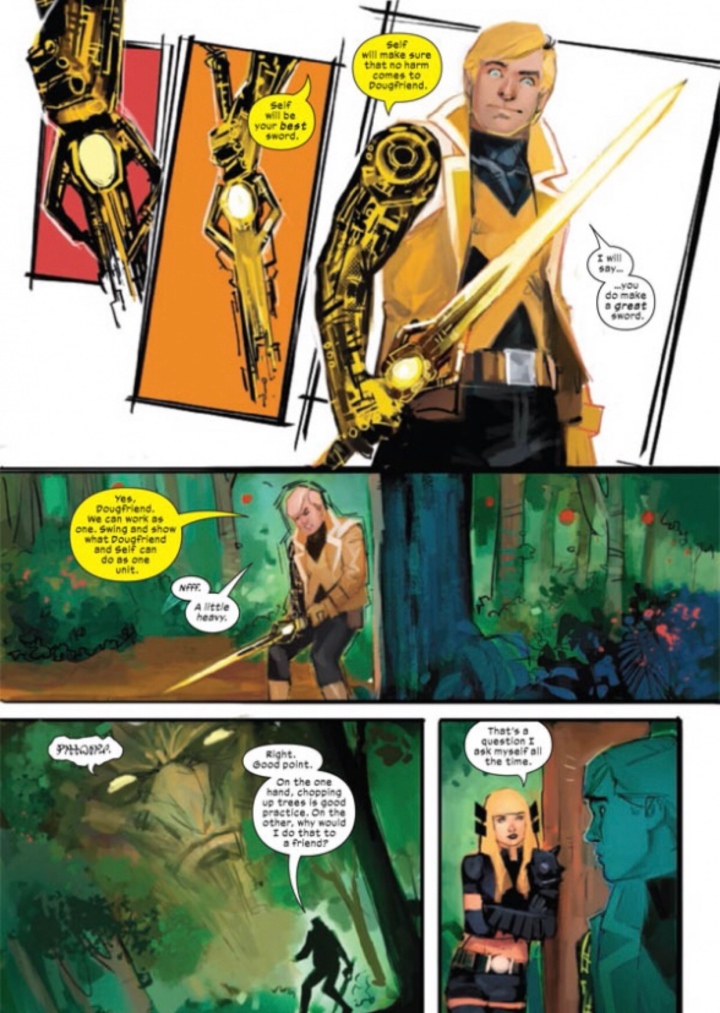 The art that accompanies Doug saying that his sword is “a little heavy” is ripe with innuendo. This panel will surely get a lot of chatter. Sexual innuendo certainly isn’t anything new for the X books so this didn’t surprise me at all. The art will be featured in memes or gifs from now till the end of time though.

For those thinking we’d get ten issues of the chosen in search of their swords that’s not the case at all. Doug has his sword on page one. This is more a story of Doug at odds with things. Many things. At odds with himself over his struggles of confidence and his mutant powers and chance to be a hero. At odds with Magik, who may or may not be helping him prepare for what’s coming, and at odds with Krakoa over what Krakoa believes may be in the islands best interest. Throw in Charles being Charles and claiming ownership over ALL mutants and we’ve got quite a good story on our hands.

All points have their merits. Some are born out of the desire for heroism, some out of being desperate to survive, some out of placating and not wanting to lead the lamb to slaughter. We jump back and forth between stories without the book feeling disjointed at all. By the end, we do get a decision of sorts, but how it will play out in the next fourteen issues of this event is yet to be seen. I’m not in the prediction business, but I can see this going either way for Doug. Either really well, or really badly. And that’s the genius of this issue.

Count me as one who is sad to see that this is Ed Brisson’s last issue. I’m sure I’m in the minority that enjoyed his run on New Mutants more than I enjoyed Hickman’s.

Ed Brisson ends his tenure as the writer of New Mutants by leaving it in better shape than when he started, in my opinion. He’s crafted a story in this issue of the X of Swords event that could swing the tides in the favor of the mutants or it could be the lynchpin that causes it to crash and burn. I hope that Vita Ayala is up to the task of writing New Mutants because he’s got some big shoes to fill!!