When readers last saw these lovely New Mutants, the treacherous space pirates (led by Cyclops’ Pops) known as the Starjammers left Sunspot and his friends to be captured and sent to space jail… where it appears as though orange is the new black even in space!! Well, how will our new favorite young mutant team get out of this one? Let’s fly into this week’s NEW MUTANTS #2 by Jonathan Hickman and find out!

Readers, if you’ve come to NEW MUTANTS looking for high octane action, earth-shattering suspense, and jaw-dropping thrills, you picked the wrong X-Book. Unlike X-MEN or even X-FORCE, which is more focused on the overall picture of mutantkind and it’s new place in the world, Jonathan Hickman uses this series to reintroduce the New Mutants in a clever and comedic way that concentrates on character development, camaraderie, and heartwarming relationships. This is a side of Hickman that this critic has genuinely not seen before. This isn’t to say that he was incapable of writing a more humorous tale. However, from FANTASTIC FOUR to the AVENGERS, as well as HOUSE OF X and POWERS OF X, Hickman’s flavor has been more serious, driven, and centered on big mind-blowing reveals. Well, not so much in NEW MUTANTS! 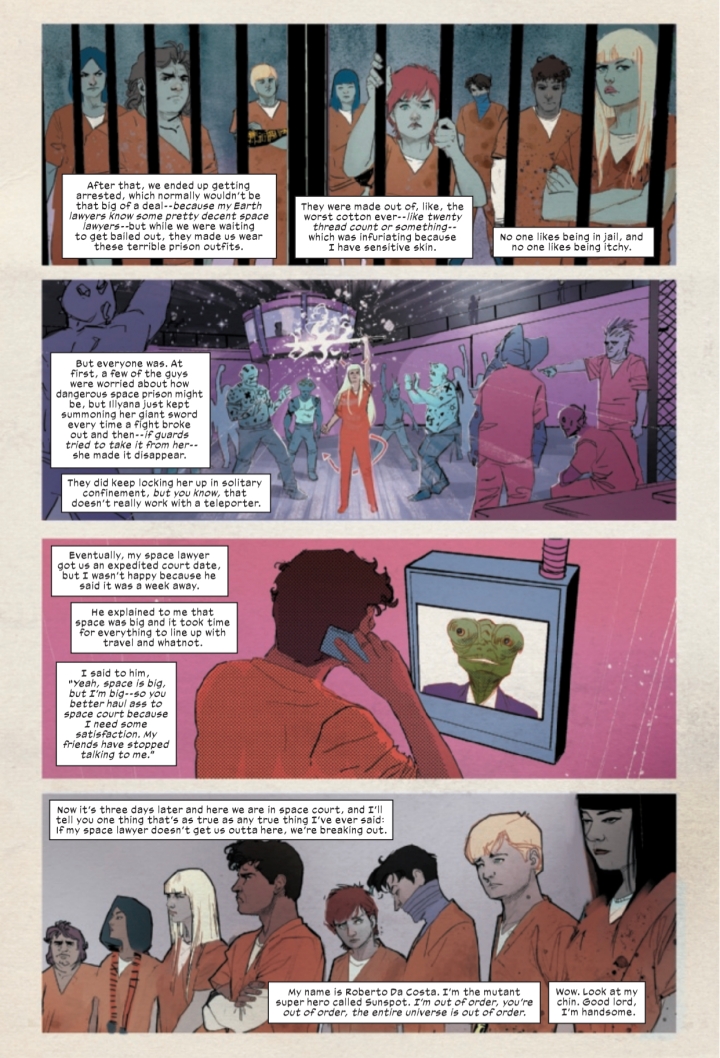 Hickman’s NEW MUTANTS is refreshingly witty, down to Earth (which is ironic since the story takes place in space), chalked full of texture, and truly full of life. Readers won’t laugh out loud but they most certainly will chuckle and remember this classic team with certainty and devotion. Furthermore, new readers are given snippets of backstory between Sunspot and Sam sprinkled into the narrative without Hickman coming out and directly giving fans that information. Heck, Jonathan Hickman introduced Sunspots character while catching readers up on the last issue flawlessly making this comic a perfect jumping-on point.

Ultimately, Hickman is reaching for the classic NEW MUTANTS fans to hop back into this world. Hickman spends this second issue drawing the old fans back in with a nostalgic vibe and wins new fans (like myself) over with charm and cleverly funny banter between each and every character. Sure, this issue was Sam and Bobby focused but it still has minor roles for each member to play continuing to make this team feel so much like a family. Likewise, what this reviewer admires the most about both of the first two issues is that Hickman takes the time to point out that no one on this team is perfect and that they each have their own shortcomings. Hickman also takes the time to again build on the characters and actually gives them a pulse. Readers will leave the issue feeling like every member on this team would go through Hell and back for each other, which will immediately capture the fan’s attention and make these New Mutants want to do the same for each other.

And if the storytelling wasn’t enough, Rod Reis’ style is simply beautiful. Reis strategically places key characters outside of panels to elevate specific moments on pages, uses panels with drastic changes of focus and color to draw attention to impactful moments, and even contrives to take color away to escalate instants of importance to the narrative. Fans, this is all down with a realistic style and tone that feels dated in a way that honestly gives it a STRANGER THINGS throwback vibe that this reviewer can’t explain. Together with Jonathan Hickman, this fan truly wishes these two simply stay together for the entire run and continue to tell this compelling story for years to come. 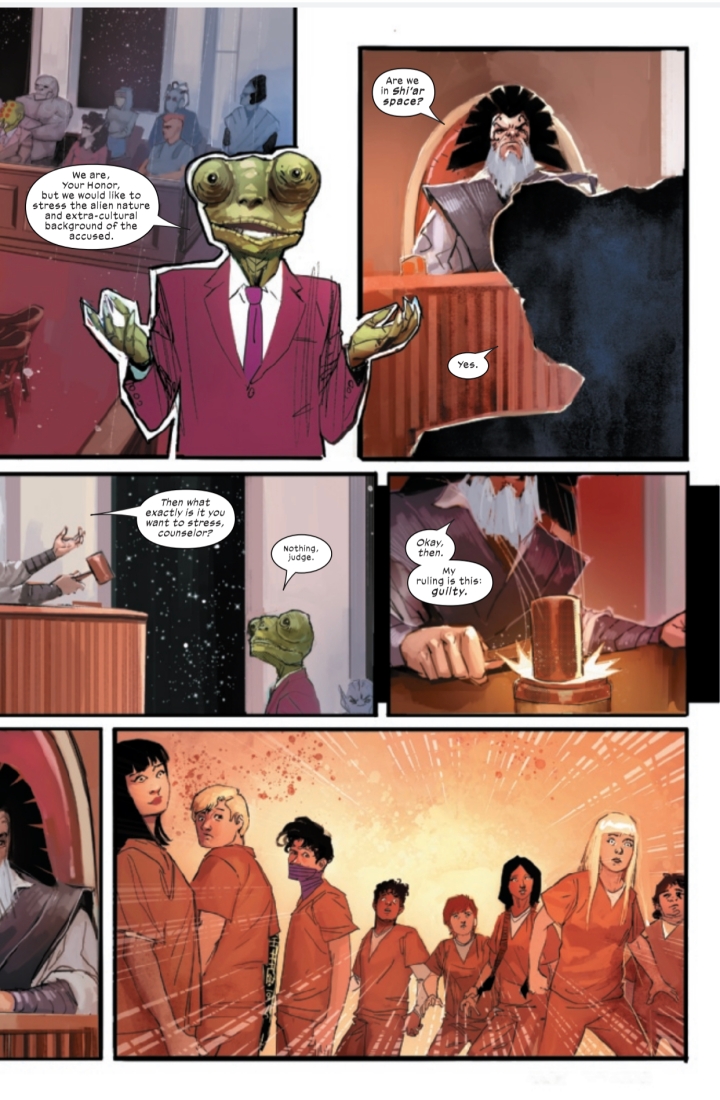 If you’re looking for something charming, witty, and entertaining that actually develops the characters within the team in a fun way not seen throughout Marvel Comics today, this is your comic. Hickman and Reis blend together masterfully making this comic uniquely full of life. Sure, the action within the opening two-issue has been lacking however, the cliffhanger leaves a bit of room for something interesting to arise as early as the next issue. Pick this comic up and add this series to your pull list. You won’t be disappointed.