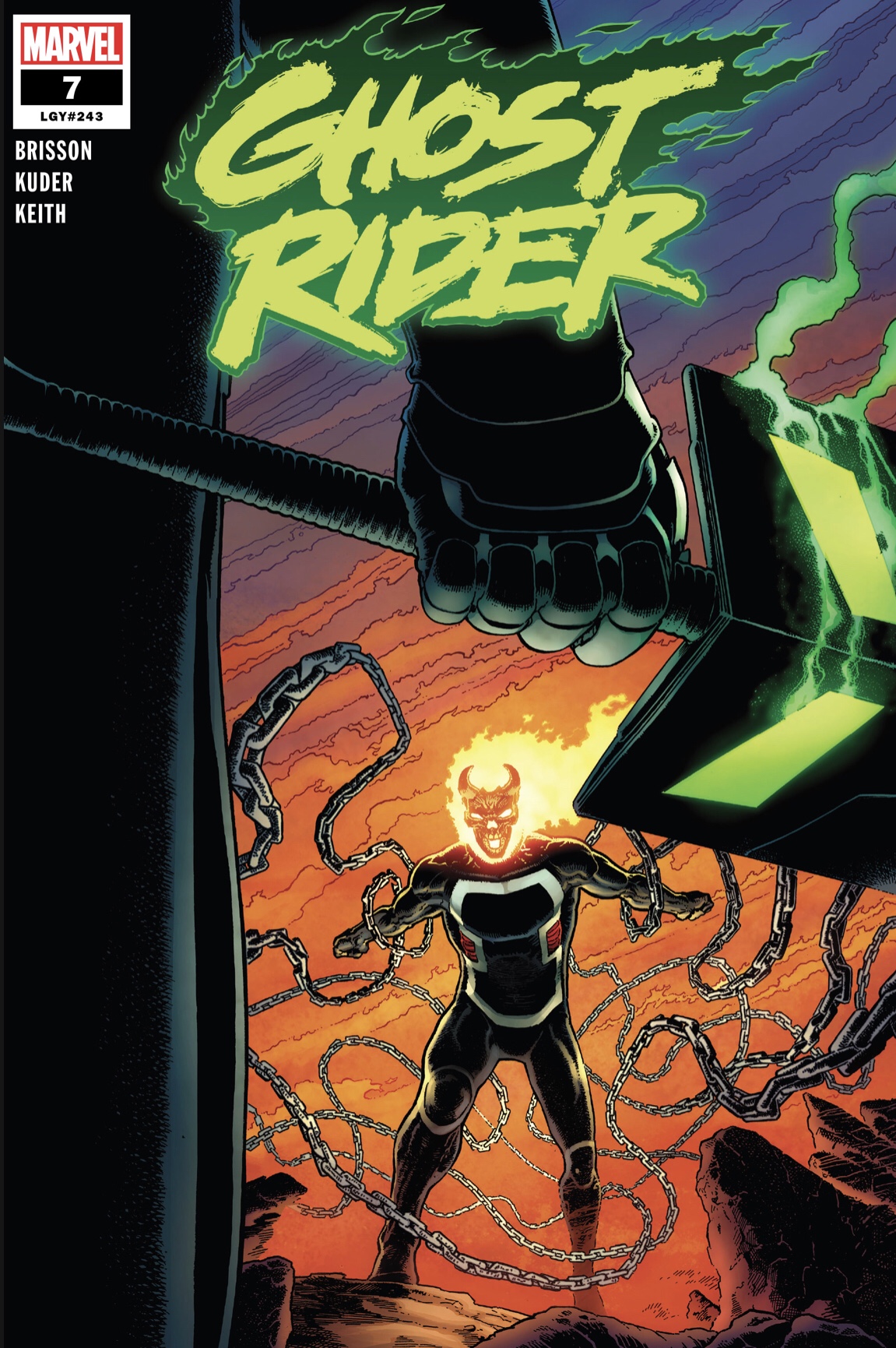 The Rider has risen from the ashes of the shutdown and now it is time to see if this book is on the road to recovery or a highway straight to hell.

Well, we didn’t even have to travel anywhere because hell has come to us. More specifically, it has arrived at Bleeker St. in the form of the King himself; Johnny Blaze. That’s right! When we last left our phosphorescent free rider of the fiery pits he was taking on anyone that got in the way of his objective which is to capture the escaped demons and secure his throne so he can reign in hell.

Blaze has taken out Danny Ketch, Wong, hundreds of demons, and now he battles Doctor Strange. The resentment is high and the tension is even higher as we get to see who gets to keep Mephisto as their chained gimp.

In the end, we all win because it all leads to a pretty action-packed issue. Punisher, Wolverine, Caretaker, The Spirit of Corruption, Doctor Strange, Mephisto, the Lillin, Lilith, the Orb… you name it and they’re in this issue! Everyone basically makes a quick appearance it seems, which in fact I was complaining about before the shutdown. However, now I’m lauding after the simple fact merely because I needed to refresh my memory.

In a series that has had a lot of moving gears to its story, this was a welcomed fight scene. This to me felt like an end to the first chapter of this series, and it left me interested in another. The art, as it is normally on this title, is simply superb. The Fires of Hell never looked so good.