As we’re thrown right smack dab in the middle of the seedy underbelly of the Star Wars universe, what do Ethan Sacks and company have in store for us? Let’s travel to a galaxy far, far away and find out!!

As a life long Star Wars fan, I couldn’t wait for this series. I’m old enough to have seen the original trilogy as they came out and The Empire Strikes Back has always been my favorite! The bounty hunters were part of that allure. As an avid gamer, my favorite Star Wars video game is Star Wars Bounty Hunter!

Marvel Comics clearly took the popularity of The Mandalorian to heart and you’ll find this very evident in this issue.

Ethan Sacks introduces the characters in the form of a flashback as we open the issue, and it also sets up the present story. It works really well.

The name “The Mourner’s Wail” for a crime syndicate is a perfect name! Very thoughtful and creative. We also see Bossk brandishing a sword.

Swords have certainly been in vogue at Marvel lately. And while this certainly isn’t a lightsaber, I wouldn’t hold your breath if you expect to see Bossk in an X-Men cross over! Bossk certainly seems like a confident yet extremely arrogant guy, doesn’t he?? He strikes me also as very violent and a bit of a savage. I guess he’s in the right line of work then, right??

So let’s cut to the chase. While Valance may be front and center on the cover, I’m here for Boba Fett. And does Paolo Villanelli deliver! 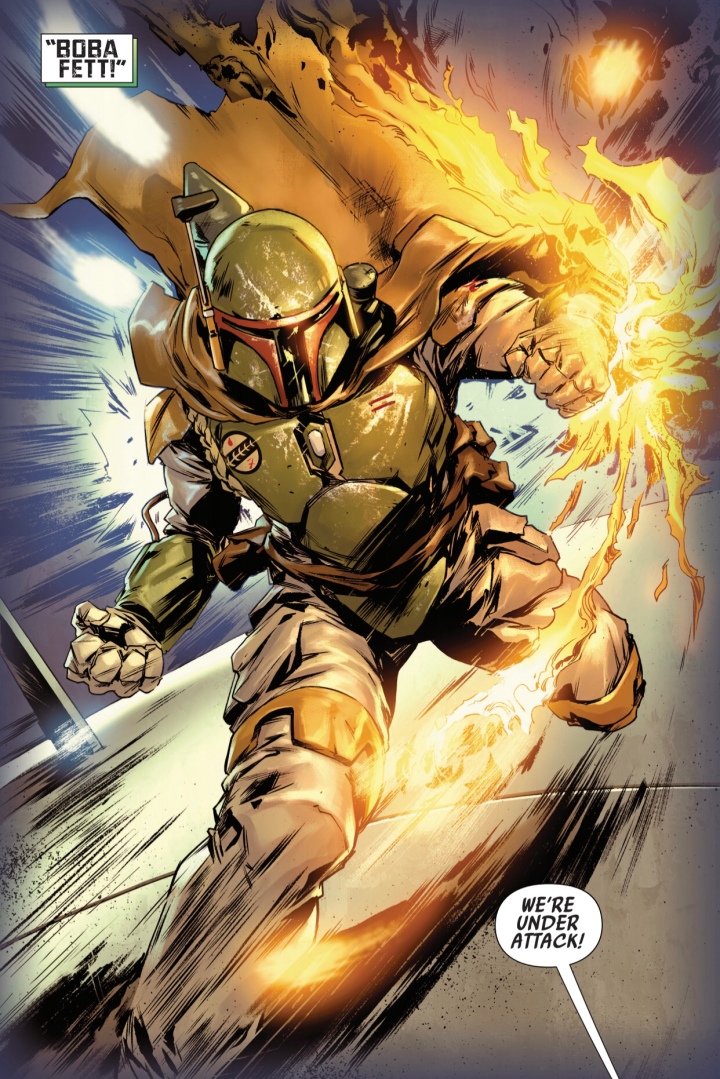 By the number of variant covers I’ve seen, a lot of people at Marvel are banking on people coming for Bobba Fett too! Speaking of variants here’s on by Kaare Kyle Andrews. 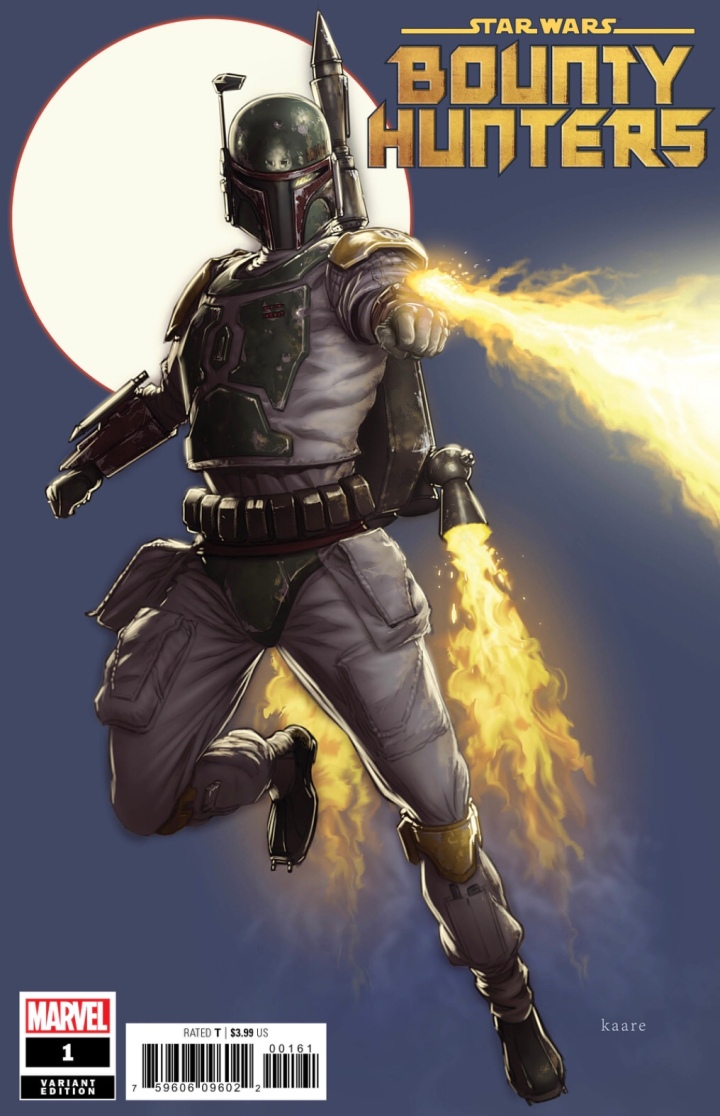 Sacks also gives us one of the things I like the most about Star Wars and comics in general. An escape from the real world, from everyday life. An escape to a huge variety of races, planets, costumes, weaponry, and almost endless possibilities. The only thing I was expecting and kind of missed was the use of the opening crawl used as the credits page. Perhaps that’ll come in the future?

We get a cameo by a well-known character that is used as a set up of sorts. It’ll make sense when you read it, trust me. We also get a glimpse of one of the most famous heroes in the Star Wars universe.

The use of the flashback ends up making the issue by the end. It creates what becomes a special or “sentimental” bounty that EVERYONE wants to collect on.

As with the current Star Wars, and Vader comic, Bounty Hunters takes a huge gamble/risk in tackling the period of time that starts literally as soon as The Empire Strikes Back ends. Ethan Sacks does a masterful job of introducing our cast while planting the seeds of what looks to be a thrilling story. Why can’t we get a double ship on the Star Wars books?!?!?