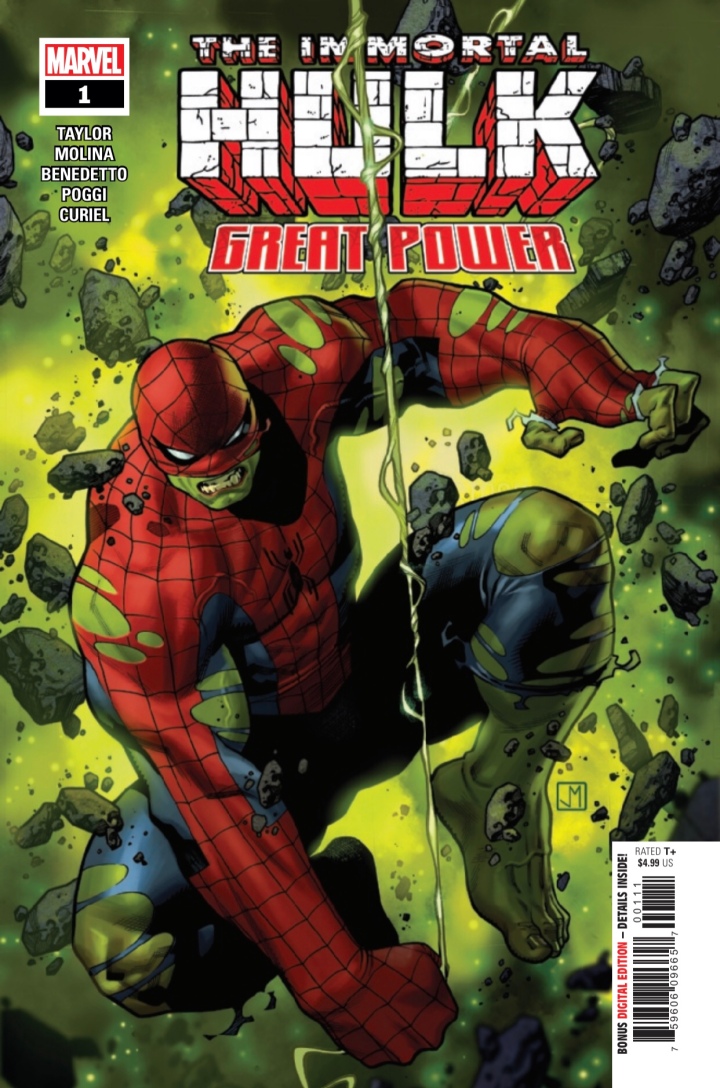 Bruce Banner wakes up in the middle of a crater, in Tribeca, without the Hulk… AT NIGHT! So, where’s the Hulk? He can’t die. He’s immortal, yet he’s nowhere to be found. However, as Bruce attempts to quickly figure out what’s wrong, he stumbles across your Friendly Neighborhood Spider-Man. And, as his Spidey sense goes wild, we see the unthinkable; the Immortal… I mean Amazing… I mean the Incredible… I mean the Spectacular Spider-Hulk! But, how did this happen and why? Who’s responsible for all of this? Let’s smash into IMMORTAL HULK: GREAT POWER #1 by Tom Taylor and see what “great power” really looks like. 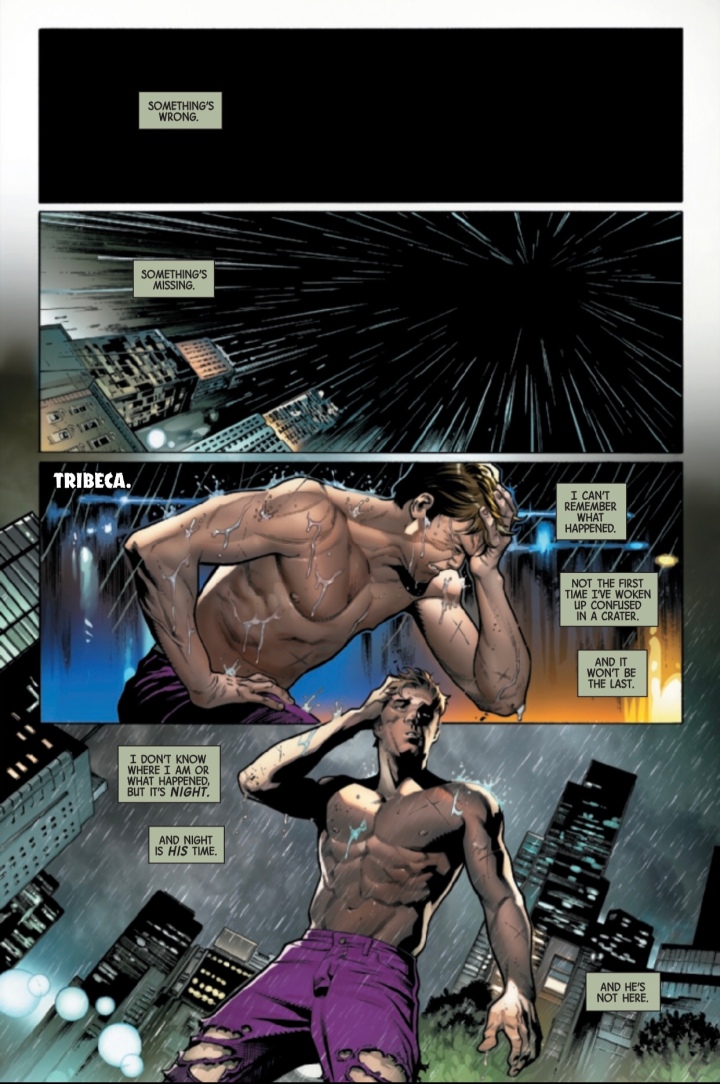 Tom Taylor cultivates one of the most entertainingly delightful issues I have read in a long time. IMMORTAL HULK: GREAT POWER #1 was absolutely fabulous, incredibly sharp, and simply brilliant. Taylor shnookers readers in with two of the most iconic characters Marvel has to offer and recreates this spirited bond between Banner and Parker that has been missing in comics for a long time. With an additional infusion of Marvel’s First Family, what more could a classic comic fan want?

Somehow, Taylor makes the current comic landscape feel classic and nostalgic while providing readers with a more modern bond between the mean green machine and everyone’s favorite wall-crawler. Now, from the cover alone, you can tell the premise of the issue. However, even though the story seems predictable, Tom Taylor still finds a way to make this short tale creative, exciting, and intriguing. Furthermore, Taylor’s wizardry can only be matched by his perfect blend of humor and seriousness that shows the true compassion the characters have for one another. Surprisingly enough, some of my favorite aspects of the issue are the conversations Bruce has with Spider-Man showcasing the in-depth research Taylor did in order to make this issue happen. 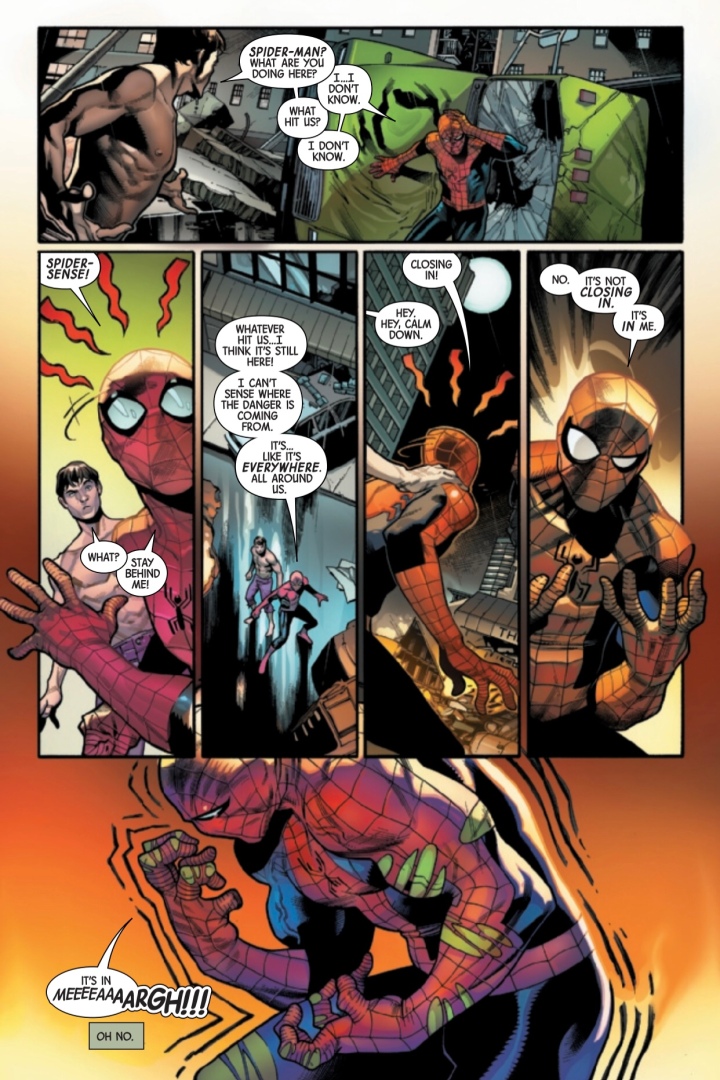 Readers, Taylor places a new story within the FANTASTIC FOUR and IMMORTAL HULK runs that never exited before proving once again what an outstanding writer he truly is. The “Hulk Transfer” makes total sense and both series can continue to remain their status quo while Taylor strategically places a masterful piece of fiction between powerful series happening right now. This may seem easy to some but this is a quality that many writers couldn’t handle. Nonetheless, it seems like this is where Taylor shines the most; within this realm of restricted freedom. At DC Comics, his DCEASED is amazing! His FRIENDLY NEIGHBORHOOD SPIDER-MAN run was probably the best ongoing Spider-Man Comic at that time, which was in continuity but took some amazing chances in the creative realm. Readers, Taylor just has IT and legitimately needs to be signed to Marvel exclusive. I can’t stress this enough. 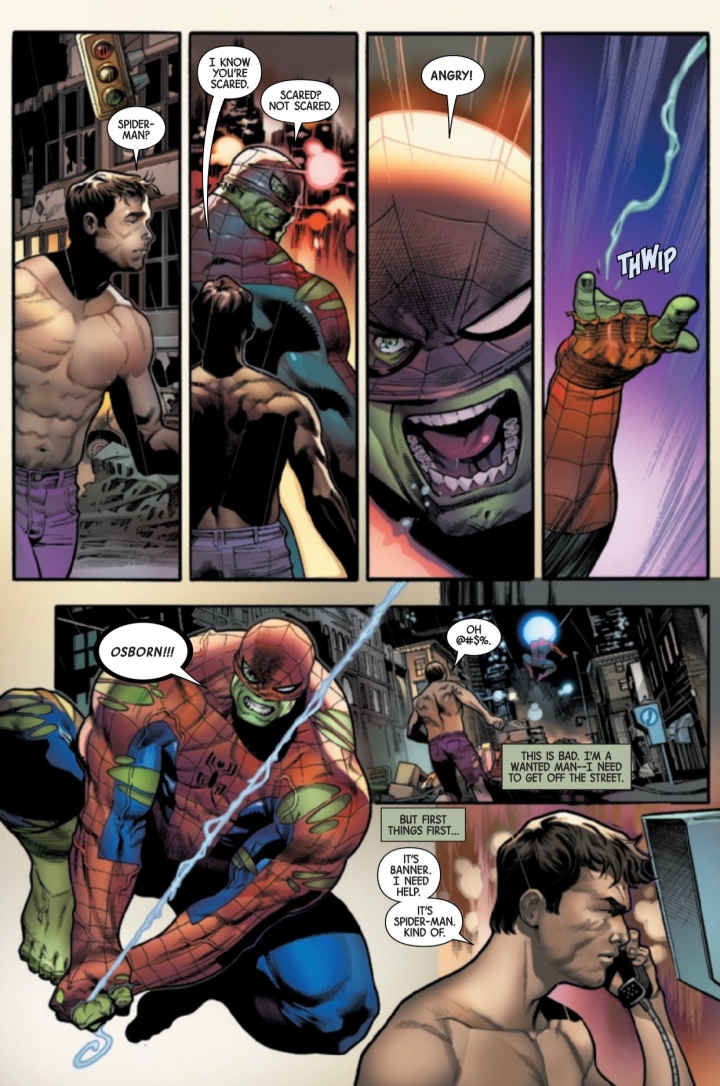 Now, even though Taylor has written an incredibly spectacular issue, he’s not the only reason for the success of this comic. Jorge Molina and his artistic team do an inspired job establishing dramatic illustrations that truly capture the conflict perfectly. Each illustration is overly expressive, vibrant, and packs a punch. David Curiel’s color choices are deep and his gamma energy saturates the page making each scene involving either Green Goliath lively, stimulating, and rich with a distinct polished look. If you’re reading this review Al Ewing, any time Joe Bennett needs to take an issue or two off of IMMORTAL HULK, feel free to snag Molina to fill in! Molina is a solid pro who needs to be on more Marvel titles. Better yet Marvel; lock in both Taylor and Molina on a title and I bet the sales figures will rock your socks off. 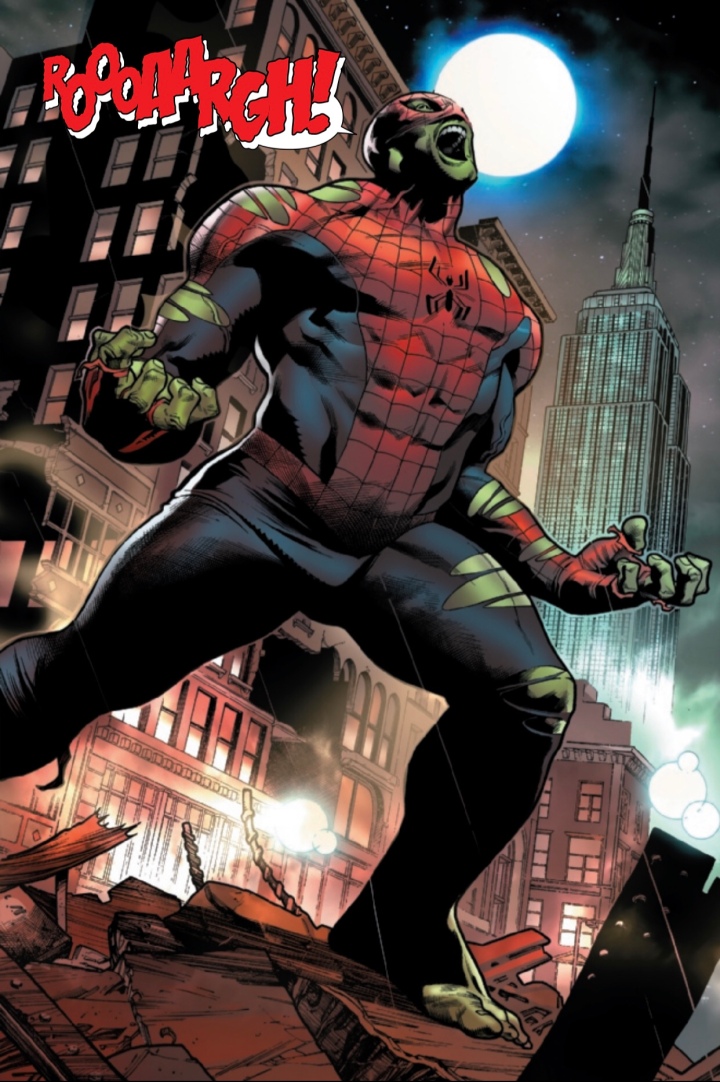 This book must be read; simply put. Plus, everyone will find something to appreciate in this issue. Taylor builds an extremely creative tale that this reviewer couldn’t put down while the eloquent charm, character growth, and intriguing plot threads will not only captivate new and old readers alike BUT will leave fans of the IMMORTAL HULK and SPIDER-MAN wanting Tom Taylor to continue this story. I highly recommend IMMORTAL HULK: GREAT POWER #1 without reservation and feel that comic fans will thoroughly appreciate this wildly entertaining story. Add this floppy to your pull list ASAP and let me know what you think! 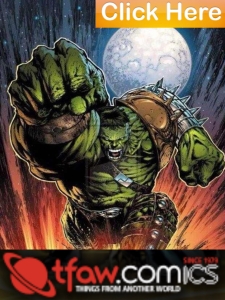 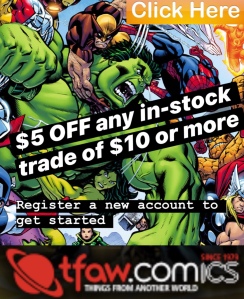