Multiple Life’s of Moira MacTaggert continues as last week’s POWERS OF X #3 had a big reveal that saw our mutant heroes in the Year 100 storyline ”living it up” in Moira’s 9th Life. Well, which life does Year 1, Year 10, or even Year 1000 take place? Furthermore, which Life of Moira MacTaggert does HOUSE OF X take place? Let’s jump in and find out!

After POWERS OF X #3’s big reveal, as well as HOUSE OF X #2’s mind-blowing revelation, this reviewer entered the issue with immense excitement and curiosity for what Jonathan Hickman had in store next. This fan couldn’t WAIT to see what huge cliffhanger, plot twist, or unexpected splash Hickman would make that would send my mind spinning with possible fan speculations and conspiracy theories.

Now, keep in mind, the issue wasn’t bad by any stretch. It was actually quite enjoyable and had its moments. However, this week’s narrative sadly didn’t contain any epic developments that really took this reviewer’s breath away. Maybe readers have just been spoiled after the past three weeks? Maybe this reviewer simply had high expectations? But, HOUSE OF X #3 felt a bit flat compared to the past intertwining issues. Where was the nonstop action that was seen in POWERS OF X #3? Where was the unforeseen, jaw-dropping wrinkle revealed to readers like in HOUSE OF X #2?

With all that said above, Hickman still wrote one heck of an issue that progressed the story and gave fans more pertinent information to the overall narrative and plot. The main complaint this reviewer had with the issue was the pacing and information overload that appeared to slow the story down a bit too much leaving me wanting a bit more excitement. The detail that Hickman puts into each issue is truly phenomenal however this reviewer felt that it partially bogged down the narrative causing a less eventful story than fans have been used too recently.

Nevertheless, HOUSE OF X #3 definitely had its fantastic moments. Some of those stand out portions of the issue were Hickman‘s portrayal of Sabertooth as well as Emma Frost as the White Queen. Hickman depicts Mr. Creed as the violent, murderously sadistic, mutant psychopath that would keep people up at night, just like X-Men fans have grown to know and respect. Additionally, Pepe Larraz and Marte Garcia illustrate his gargantuan size making Sabretooth truly feel like the savage force of nature he was always meant to be. Furthermore, readers could simply feel the way the White Queen commanded the room even without the use of her powers. There may be no one better in comics right now at developing a character the way Jonathan Hickman can.

After a little over halfway into the issue, Hickman finally starts to pick things up. Readers are introduced to Mother Mold and fans are led to believe an epic throwdown is on the horizon. However, glimpses of Sentinels, a teleporting Nightcrawler, and the cliffhanger to end the issue just weren’t enough action, suspense, or adrenaline rush this reviewer was expecting from the out of this world series to date. Nonetheless, Garcia’s colors around the sun were exceptional making this reviewer feel like he was genuinely joining the X-Men team in outer space. Just a truly amazing job by this art team!

Furthermore, this reviewer loved Hickman’s characterization of the scientists and civilians living on Mother Mold. The picture he’s painting is that both sides sincerely feel they are doing what’s right, which is the constant battle of humanity today. So many terrible things are done for the benefit of what humanity feels is “just” and “right”. Even though readers are rooting for the X-Men to win, this reviewer left the issue feeling for the villainous humans that Hickman just introduced into the story right before the titanic cliffhanger. This just screams how talented Jonathan Hickman is as a writer that he could use a mere 9 pages to make readers care about the antagonists of the story and genuinely feel for the characters. 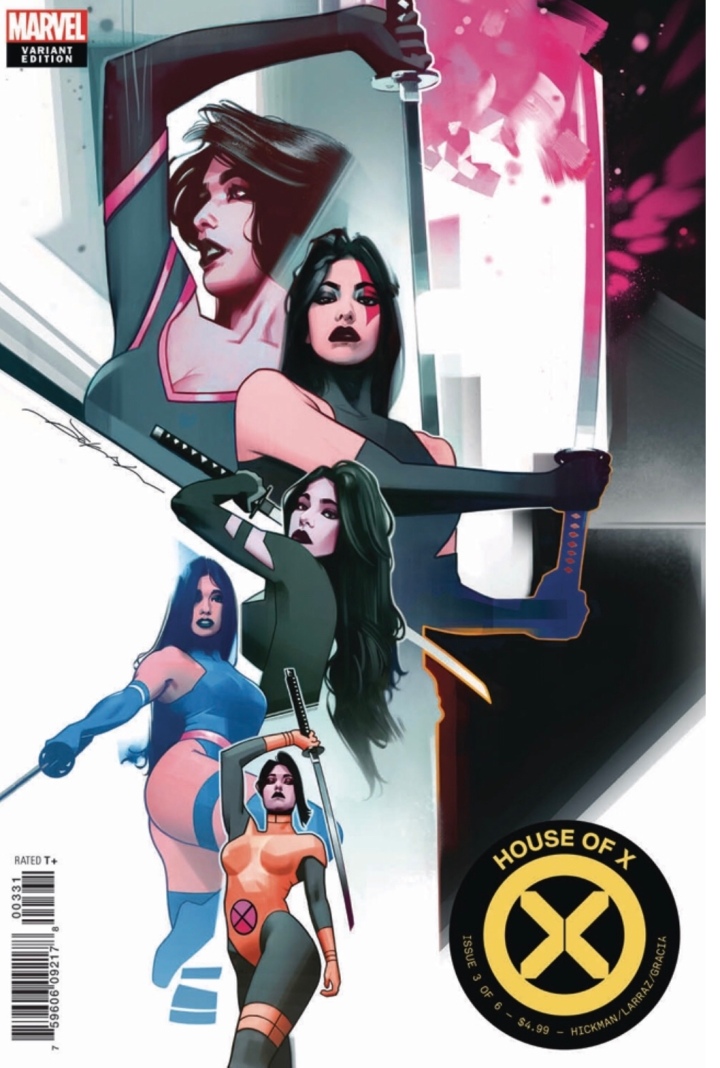 This issue definitely had its moments that shined brighter than the average comic. However, readers may find the issue to be a bit more “plain” than they’ve come accustom to these past couple weeks. Comparing the issue to the prior, this felt more informative and lacked the gravitas that this reviewer was beginning to expect from every issue. That said, this isn’t Hickman’s fault. It’s actually our own. This fan expected another week where Hickman one-upped the last. However, that is a difficult feat for any writer to do. Additionally, many issues in comics need to be more informative than the rest to catch readers up on the narrative at large. Therefore, Hickman deserves some leeway, especially as we approach the halfway mark of both series. 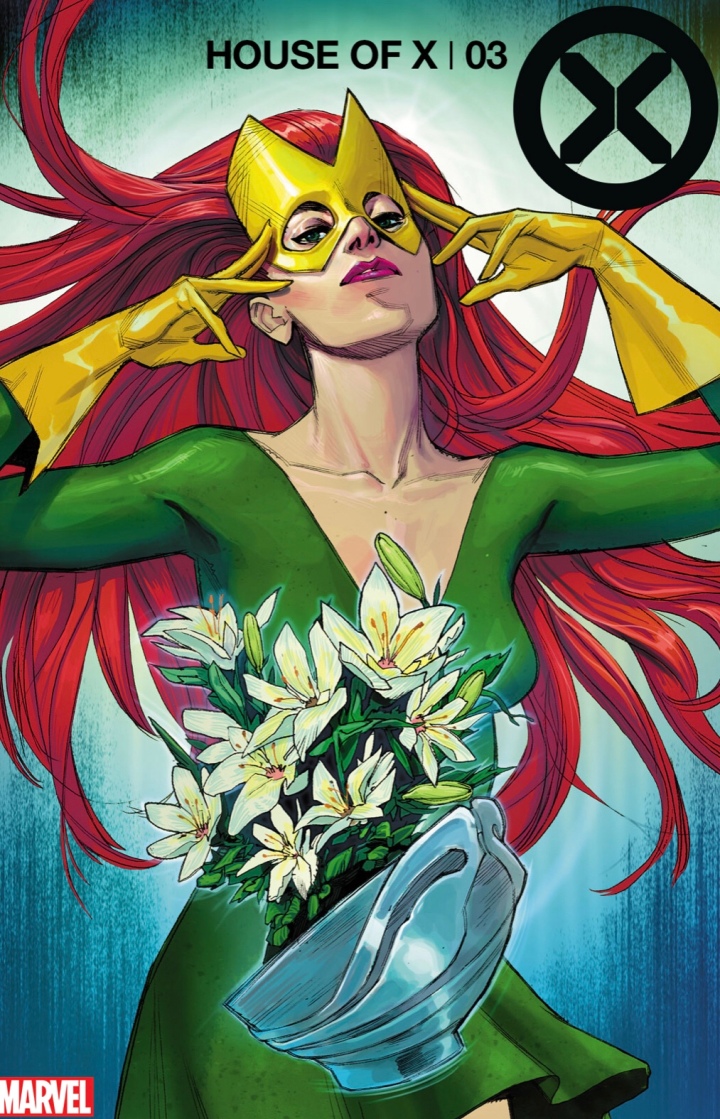 If you’re reading HOUSE OF X #3 and expecting a monumental moment that leaves you breathless, you won’t find that this week. However, you will get a sturdy, foundational story filled with facts, evidence, and information without too many shocking twists or reveals. That said, this issue is STILL a must-read if you are an X-Men fan or have simply been following the story to date. Fans should pick this one up knowing that it “may” not live up to prior issues but it is still far better than many other comics in circulation right now. Pick it up for a nice read but don’t expect as much discussion or speculation as in the past.