As Dr. Aphra and her new crew continue their quest in search of the Rings of Valle, we also take a break of sorts and get some background on Ronen Tagge. Let’s jump back into the ever-expanding Star Wars Universe and see what our crew is up to!

In this second issue of the second volume of Dr. Aphra writer Alyssa Wong does a really good job of not only recapping the first issue, but also setting the groundwork for future issues, and making this reviewer familiar and comfortable with the cast/crew. While I prefer the traditional Star Wars “scroll” used as a recap page, the one used here does its job very well.  

We begin the issue with Wong using flashbacks and travel time on their ship as an excuse of sorts for some much-needed backstory on not only Aphra and Professor Okka’s relationship, but also why Aphra is very apprehensive about dealing with, or even seeing Ronen Tagge. And after the double-crossing Aphra has done, I don’t blame her one bit! We also get some references to a much-beloved planet in the Star Wars Universe. It’s not a big deal at all really, but just a nice touch that makes this book feel like it’s a small part of a bigger ongoing series/continuity.

As we jump back to the present we’re put back in the right as the crew is landing in search of the Rings of Valle.

As I stated in my review of issue one, this book reminds me of Indiana Jones. It’s not ripping it off by any means, it just gives off that same vibe to me. I also am getting a Tomb Raider video game feel in this issue. And that’s compliment! The sense of awe and wonder can be seen in the art and read in the dialogue. 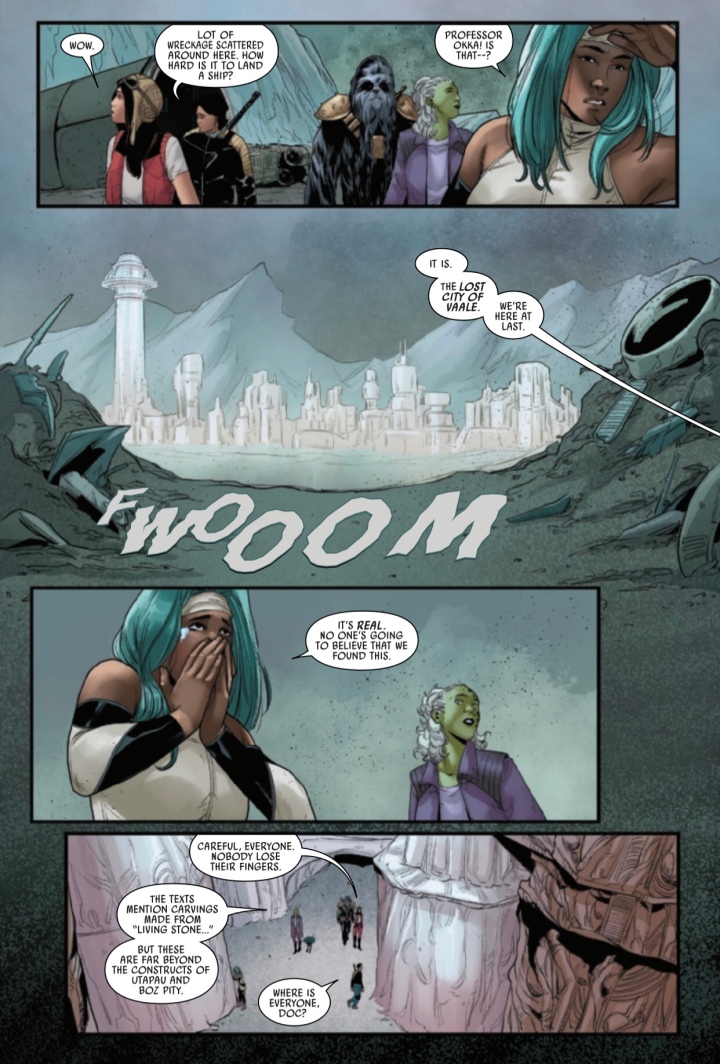 There’s definitely something amiss here on Dianth. Things aren’t what they seem perhaps and certain crew members are behaving oddly. And as the issue title page says….haunted. So that can’t be good. 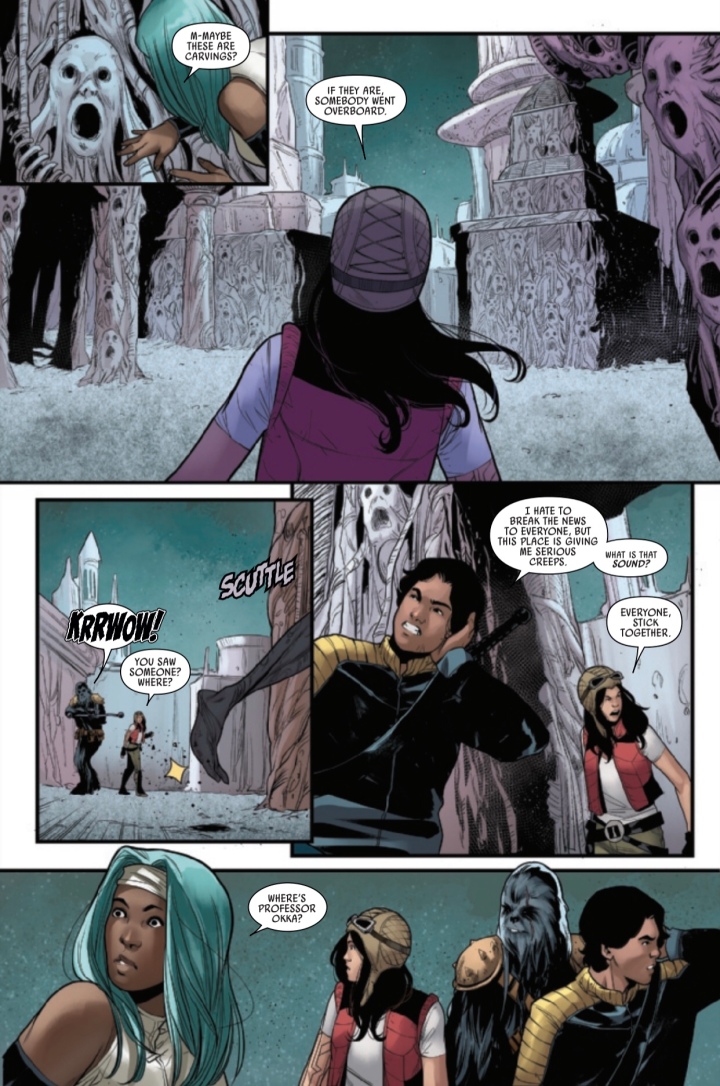 Other treasure hunter cliches assuredly enter into the equation but they don’t feel cheap by any means at all. And we’re led to a confrontation and a stalemate of sorts both at the same time.

The pencils by Marika Cresta really drew me into the issue. Yes, that was a play on words!! The facial expressions and the facial features of the walls really show that some time and serious care went into this issue. I’m a huge variant cover fan, but unfortunately, this issue doesn’t have one.

This issue and series are just plain fun. It’s a perfect example of why I love comics. It’s an escape to another world. I don’t have to do any research to figure out what I’ve read. I can just sit down, read an issue, and pretend for just a little while at least that I’m in a galaxy far, far away! All the Star Wars books are really worth checking out too!!