The Black Widow movie draws near, and thus the time-honored tradition of the comic book cash-grab, er, tie-in. Is MARVEL’S BLACK WIDOW PRELUDE #1 by Peter David worth your money? Let’s find out!

The book opens with the scene in Captain America: The Winter Soldier where Black Widow steps on Alexander Pierce’s moment. In fact the bulk of the book is a tour of MCU Black Widow scenes. Peter David’s use of Councilwoman Hawley (who Nat was impersonating in the opening scene) discussing the history of Black Widow with “Thunderbolt” Ross as the narration of the issue really works well. However, one has to believe that most readers have seen all the movies, and there’s not much new here to sink your teeth into. The closing boxing scene from Iron Man 2 sticks out as way too long.

The bits of the book not including MCU flashbacks deal with Natasha’s mysterious childhood, and recruitments into the Red Room program and eventually S.H.I.E.L.D. It’s interesting enough, but you sense that David can’t really explore this too much, probably because that’s what the movie will be doing.

As for the art, C.F. Villa does some great comic book character work, and excels with the action scenes. Do the characters look like the movie actors? No, not really. That could turn some people off, seeing as how this is a direct tie-in to the movie. Other than that, and being a little heavy on the inking at times, Villa’s art is a positive for the issue. 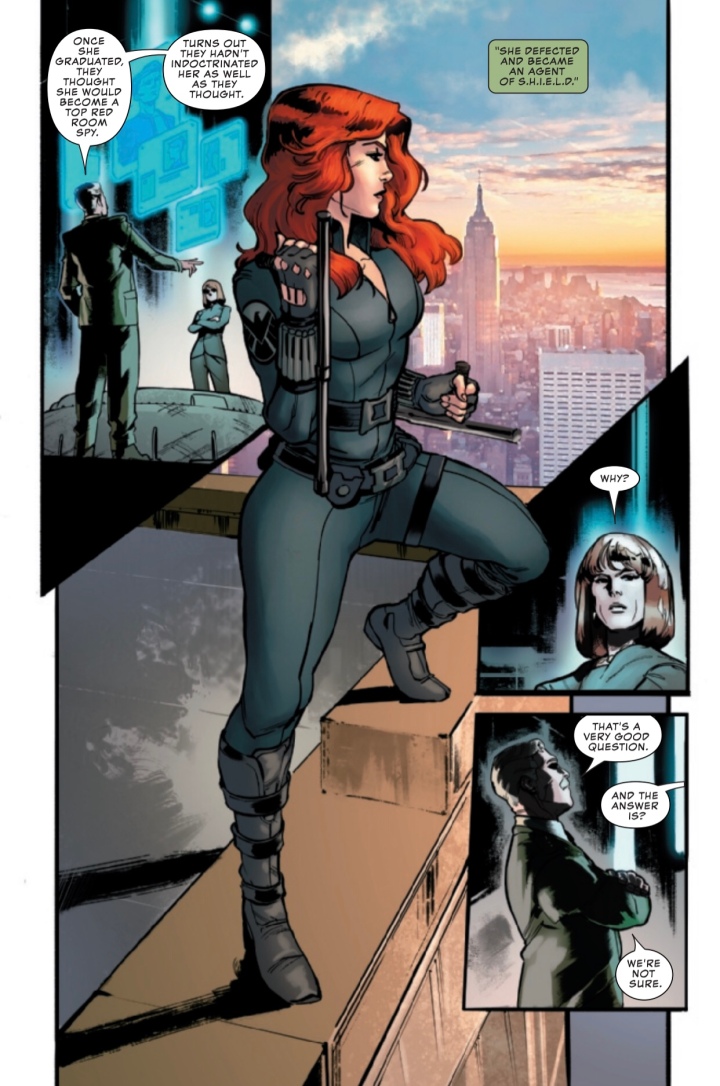