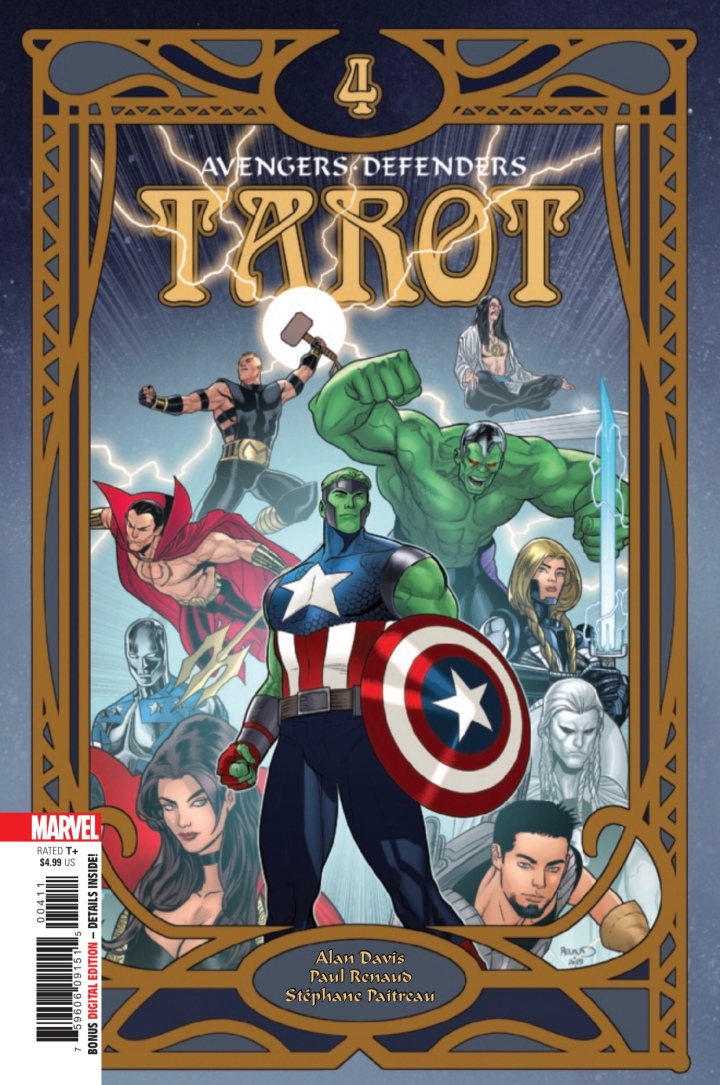 When last we saw our heroes they were a jumbled mess and being attacked by cartoons. Sigh. Let’s find out what happens in the (blessedly) final issue, TAROT #4 by Alan Davis. 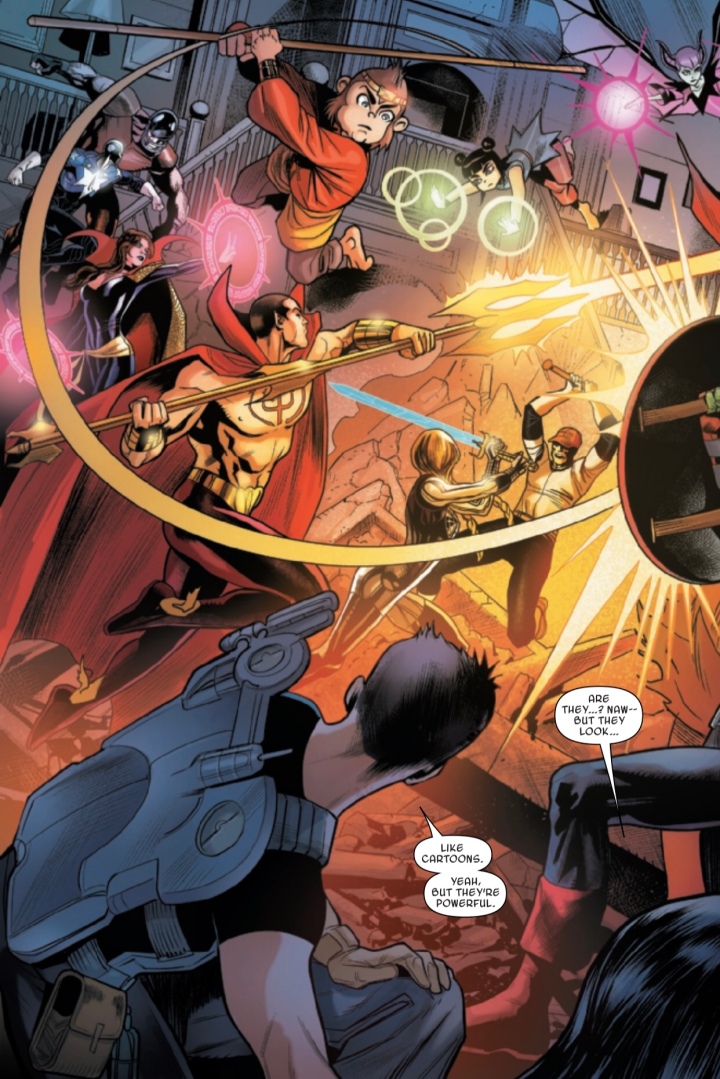 Issue #4 throws you right into the thick of another ridiculous battle between the “Avenders”™ and the cartoon Unbelievables. Once again, to get the major positive out of the way, Paul Renaud’s art is fantastic throughout. If only it weren’t for those pesky words…. 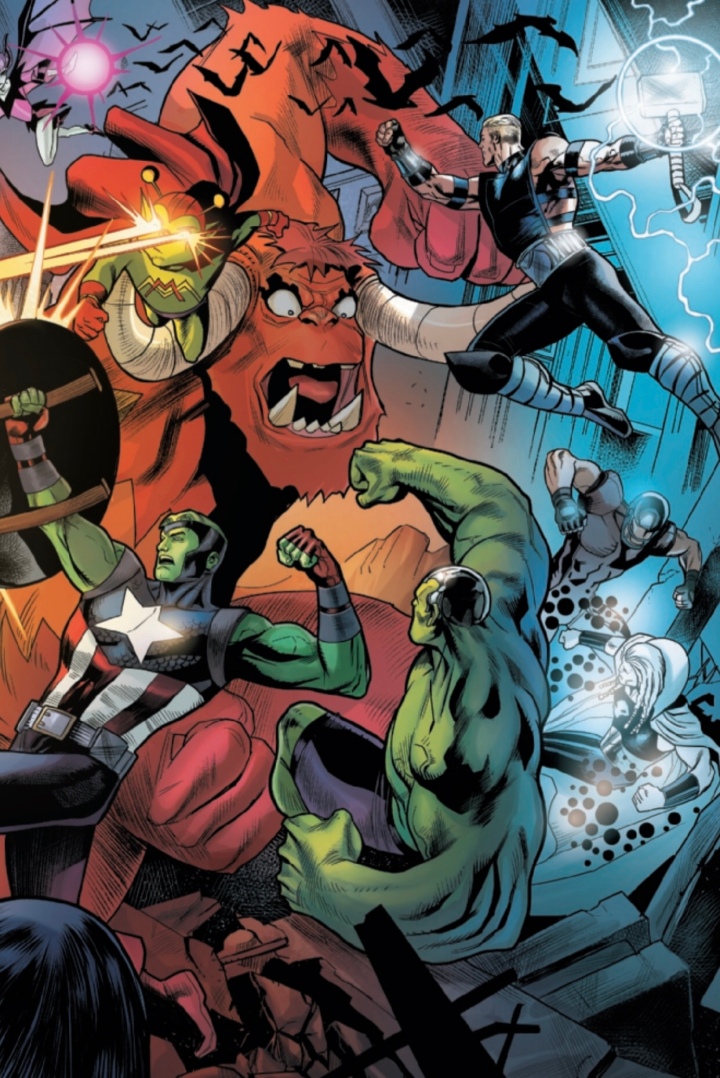 The first third of the book or so is devoted to the this fight, in which Cap institutes his no kill rule almost immediately. Or is it Hulk? What the hell are the rules of these split and rejoined characters? There are a few cool moments admittedly, namely the cartoon monkey throwing some hair (shoulda been poo) to make an army of shadow monkeys that attack Mostly-Cap Hulk. This causes him to Hulk-out, and holy shit, we’re back in the graveyard from the beginning of the first book! Surely Alan Davis will now tie this all together and have a point to everything? No, he won’t, and don’t call me Shirley. 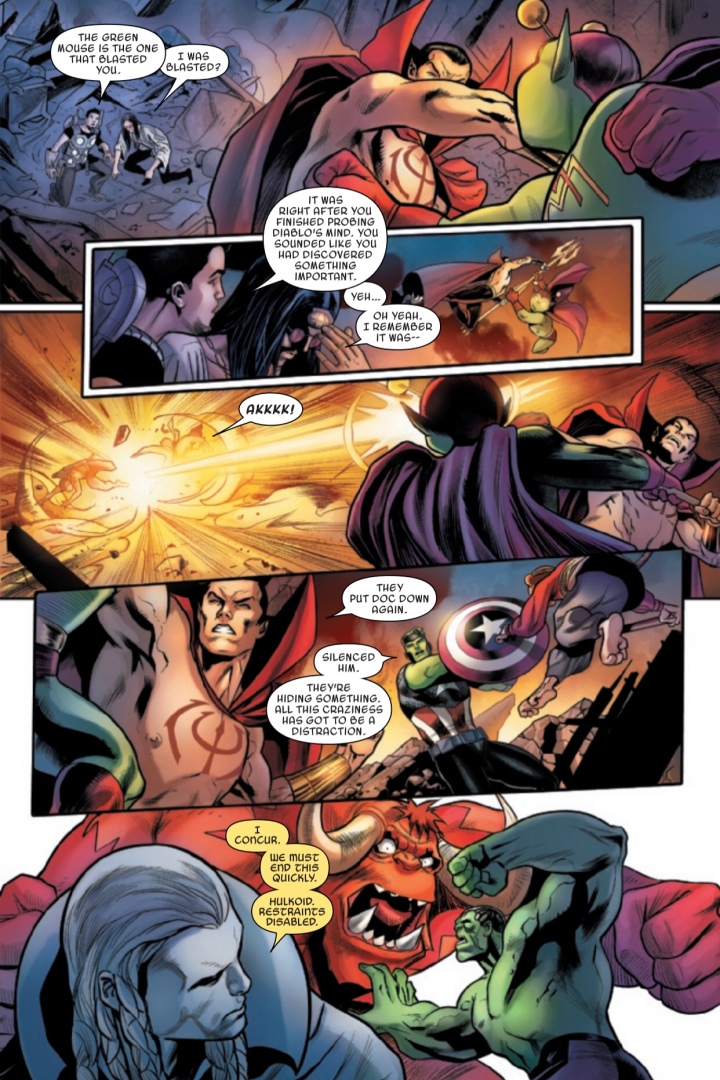 Cap Hulk flips back to the present mess, and we’re greeted with the laughably accurate message “I’m bored! Too much talking!” above our heroes. Well, you’re half right, huge tangible message. Some actual explanation might not be so bad. The letters tumble onto our heroes, and all the sudden Black Panther and a bunch of others start attacking them. Cap Hulk asks why, and T’challa points behind them to reveal Nazi New York City, to which Steve Banner does his best Greta Thunberg and declares “This is all wrong.” You’re goddamn right there pal. 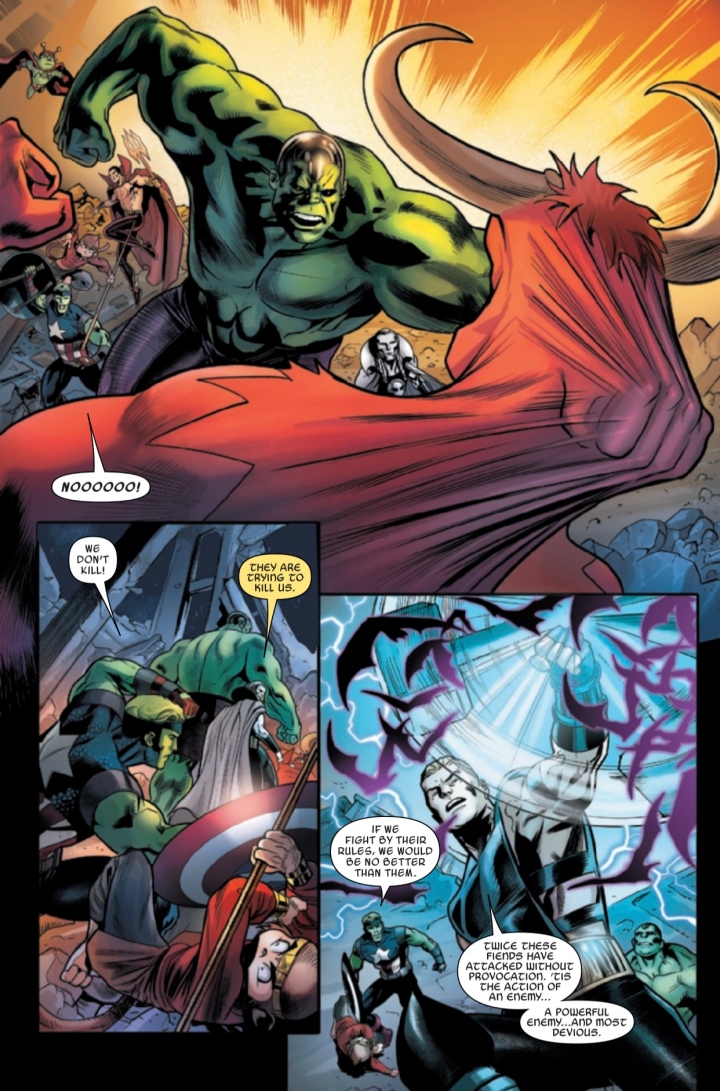 Cue Diablo explaining that this is a paradoxical absurdity, and again– couldn’t agree more. Then more fighting, and some clues as to what is behind the entire weird mess, and it may as well be an autistic kid with a snow globe. Finally there’s some Nameless Ones, more fighting, trading holograms for tarot cards, awful ending dialogue, and the empty feeling of having no idea what it was all about. If this review made no sense, justice has been done to the issue.

TAROT #4 does little to redeem the previous issue. Paul Renaud’s art is again the main draw, and there are a few okay moments from Alan Davis. However, the lack of clarification of what this series was even about has to place it at the bottom of the heap, and that’s saying something after issue #3.