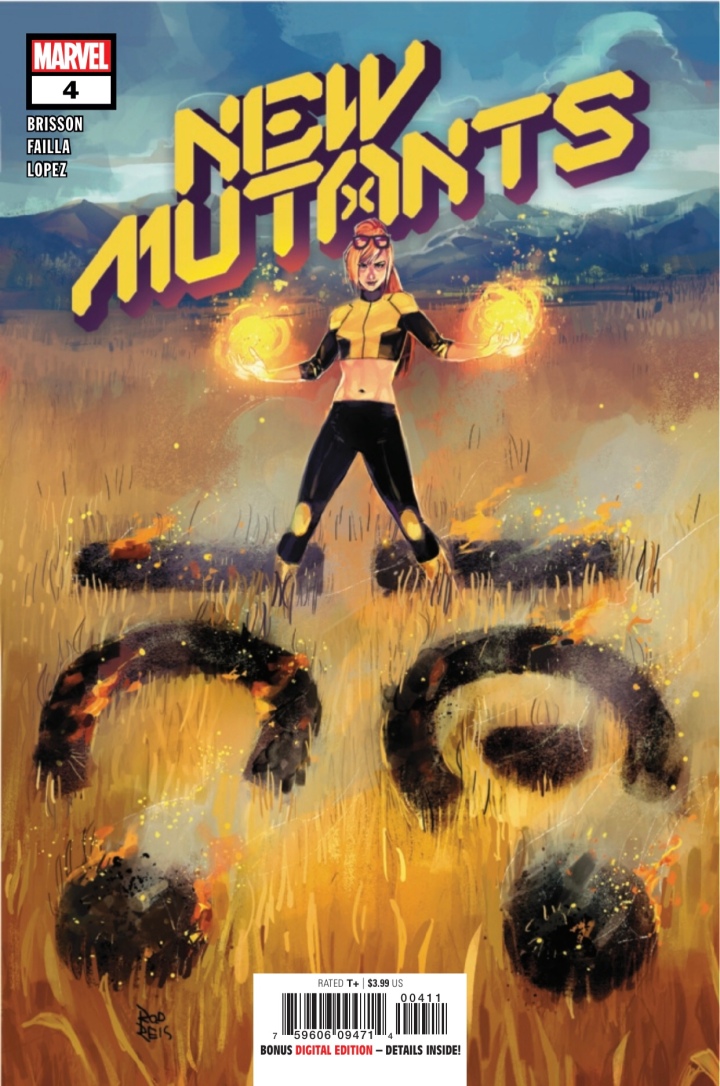 When Armor and her team set off to bring their friends home to Krakoa, they thought it’d be an easy sell and a quick trip. Then everything went sideways, and now they’re in serious trouble in this week’s NEW MUTANTS #4 by Ed Brisson. Well, it looks like it’s time to call in the cavalry. However, part of the cavalry is in deep space. So, who’s gonna help AND will that be enough to turn the tide? Let’s jump into the issue and find out! 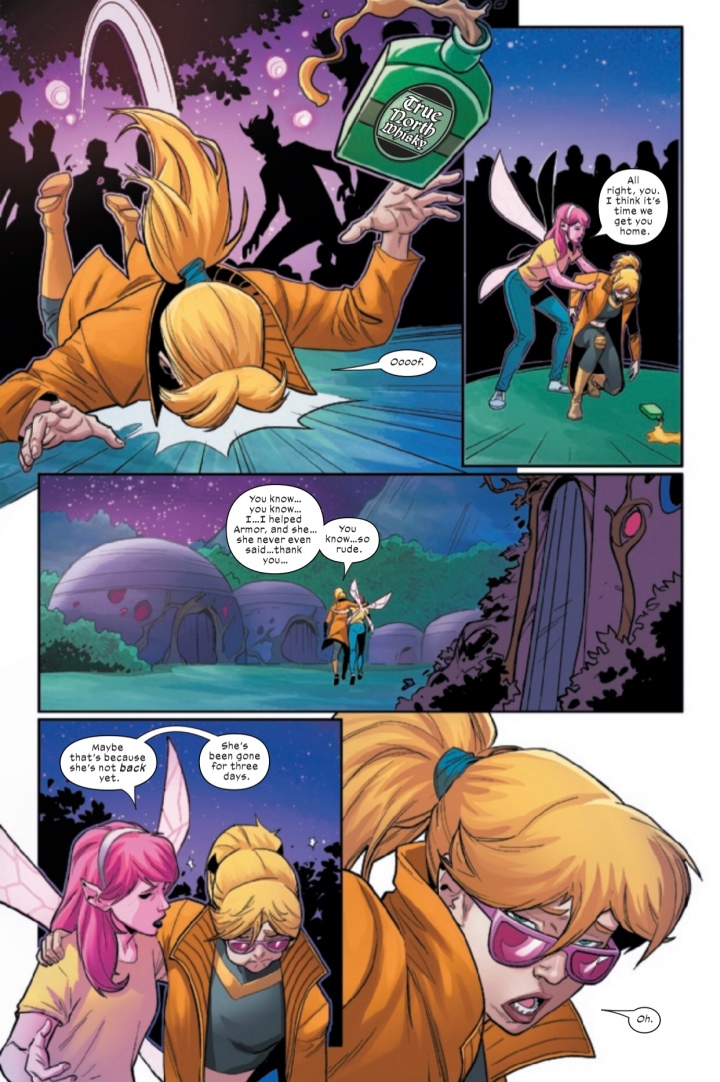 So, this reader was very disappointed with the last issue. Come on guys, Jonathan Hickman and Ed Brisson set up a space opera with the New Mutants to find an evil space Queen and capture her! Then, Brisson takes the wheel and we end up in Pilger Nebraska looking for a family of mutants that this reviewer is totally unfamiliar with led by mutants that I really know very little about. Needless to say, the last issue fell extremely short of the mark from how the series opened. That said, this critic came into the issue with an open mind and honestly hoping the arc would wrap up by the conclusion of this week’s installment. Presently, the arc doesn’t end as this issue comes to a close BUT Brisson does the best with the cards he was dealt and finds a way to make this issue a bit more interesting.

Brisson unbuttons the narrative by clearing up so many issues with last week’s story. Readers learn why these random guys came to the farm as well as their purpose and motivation for taking the mutants hostage. Not all elements and explanations make total sense, however, the story becomes so much more plausible and at least gains traction and motive. By the middle of the issue, this comic fan genuinely felt sympathy for the kidnappers from Costal Perdita… until they basically wanted to do what the supposedly “great white Hope” did to them. Well, it’s all about the Benjamins; am I right?

Now, as much as the story gained a stronger purpose, there were still elements that came off a bit trite and even nonsensical at times. For example, is Boom-Boom now an alcoholic? There were many panels solely dedicated to drilling in the idea that Boom-Boom drinks a lot. Additionally, Beak seemed to care more about his parents than his family and children chained up around him in the basement. And the biggest problem this critic had with the entire issue was the explanation as to how these kidnappers knew to come to Pilger Nebraska as opposed to anywhere else in the entire world that has mutants. Basically, they saw an article online and came here while Armor and Glob coincidentally showed up the very same day. Talk about convenient! Fans, the story just seemed too corny, too unrealistic, and ultimately too easy to connect the dots within the narrative. And finally, what appeared to be a reasonably light story took a morbidly heavy turn once Maxime and Manon got involved. Their big scene in the issue really took this reader out of the story and ultimately didn’t sit well as the story concluded.

Brisson interrupts our regularly scheduled program for what appears to be a three-issue arc to talk about a few younger mutants and how society is reacting to Xavier’s pharmaceutical plans involving Krakoa. It appears as though the main goal of this arc is to paint humanity into a very similar light as they’ve always been regardless of what drugs could be freely offered to them. Fans, nothing has changed other than a majority of Mutants live on Krakoa. Brisson’s issue just reaffirms that viewpoint even more. However, not only is this reviewer disappointed that two issues (probably three when this arc is done) were dedicated to stating the obvious, but this story could have been paced better and accomplished the same results in two issues. Now, it looks like we are getting at least another issue dedicated to this story in which we all know what the outcome will be already AND it keeps us from the main epic tale that was happening prior to our interruption. Can we just speed this along and get back to the actual team?

If you loved last week’s NEW MUTANTS #3, you’ll love this issue. It’s so much more clear, has more action, and gives reasons and meaning to the narrative at hand. However, this arc feels like an interlude that could truly be skipped and picked back up as soon as this arc is over. As much as Brisson does a better job keeping my interests in this issue, the story still isn’t for me. This reviewer left with very little connection to the characters, no new knowledge about the mutants involved (other than Boom-Boom may have a drinking problem), and a really bad taste in my mouth from Maxime and Manon’s performance as the issue finalized. Pick this up if you like the team involved. Otherwise, just wait to jump back in as soon as our regularly scheduled program continues.