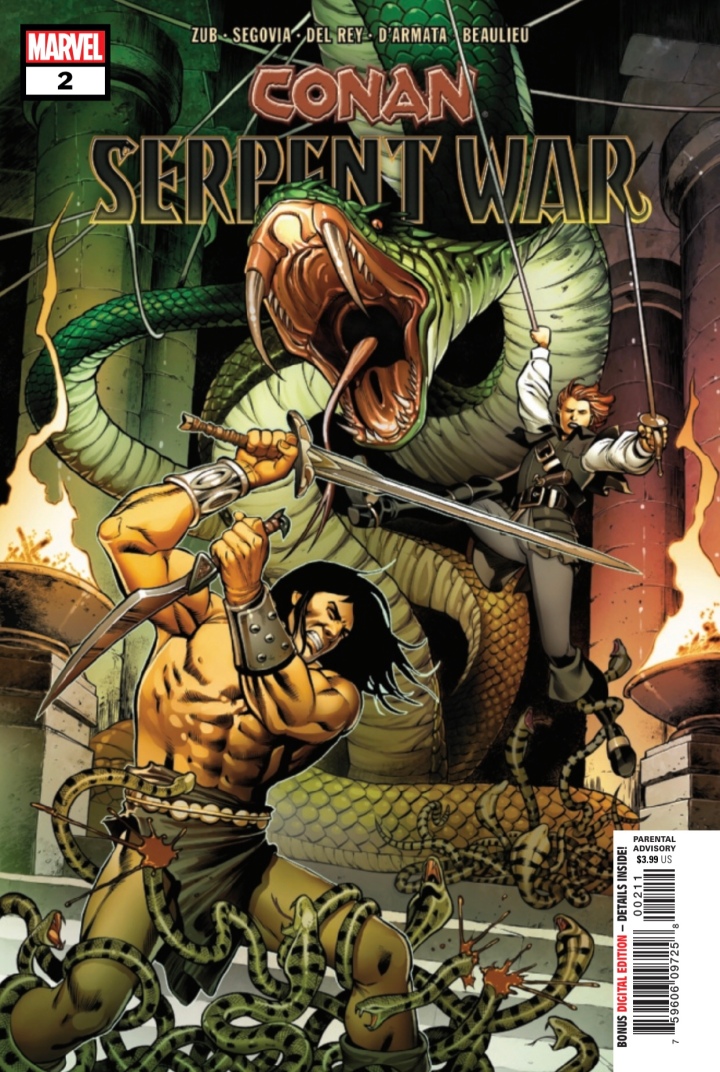 THE WRATH OF THE SERPENT GOD!

JAMES ALLISON will soon die. But it’s not his first death. He’s lived many lives, in many places – lives he can recall in vivid detail. But when an Elder God called the WYRM reaches across time to James, an ages-spanning quest begins! The serpent god SET plans to usher in an eternity of darkness, and only the chosen warriors across time and space have a hope of stopping him: CONAN THE BARBARIAN, SOLOMON KANE, DARK AGNES, and the man known as MOON KNIGHT!

In an unprecedented comics event, Robert E. Howard’s characters join forces along with Marvel’s Moon Knight, in an all-new saga built on REH and Marvel lore from across the ages!

Check out our Review for the last issue HERE 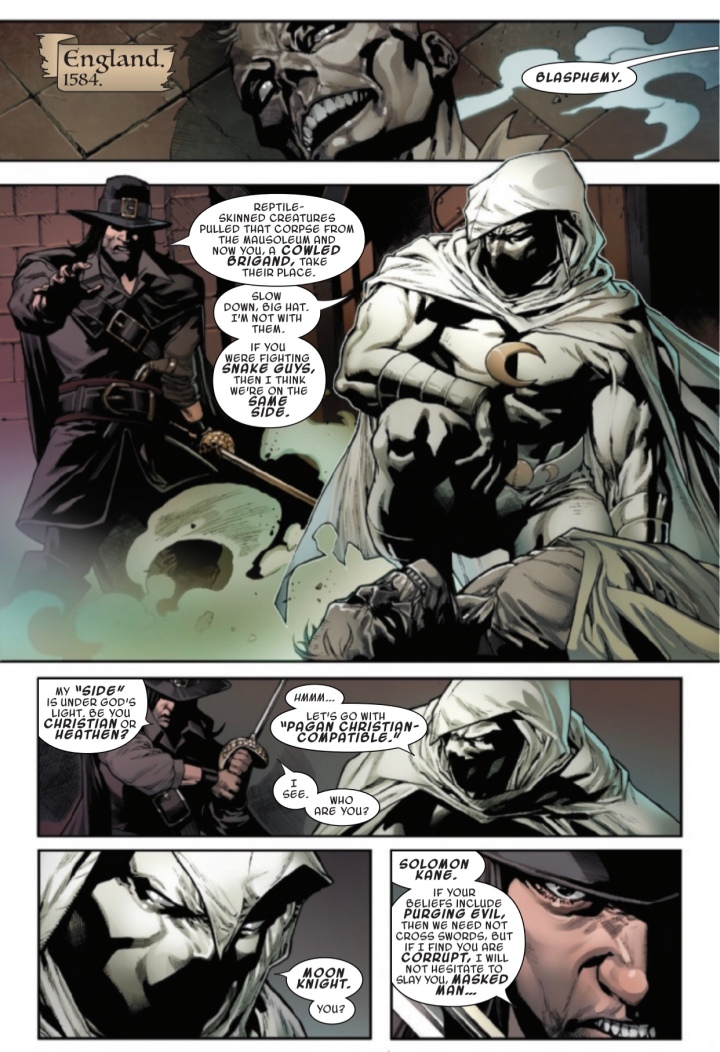 And, if you’re in or around the Lancaster PA area, swing by 4th Wall Comics for all your comic and gaming needs.