GHOSTS OF VADER’S PAST!

Darth Vader and a small team head to Naboo seeking answers. But in true Vader fashion – revenge is also on his mind. Will he find the answers he’s seeking, or let memories of the past lead him further down the rage-filled path he’s on? Let’s take a break from the madness of our world and head to a galaxy far, far away, and find out in this “spoiler-free” review!

We begin issue three with truly what is the best recap page design in all of comics. How can you beat the opening Star Wars crawl?? 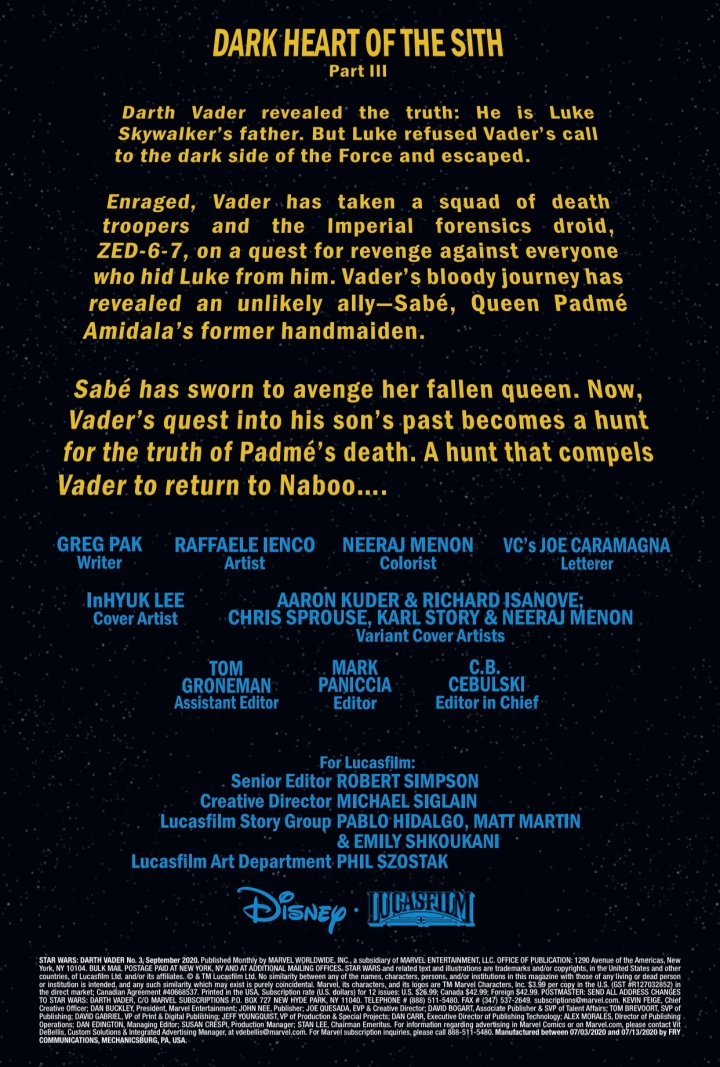 After the long shut down, the recap page does a more than adequate job of refreshing readers on where we left off in the story.

One of the highlights of this series, in its short three-issue run thus far, is the art. Not only the pencils but the coloring. Neeraj Menon does a fabulous job of using color to clearly notate what is a flashback and what is current in the story.

Fans of the prequel trilogy will no doubt recognize Naboo! While not on a planetary level of importance in the Star Wars universe of Tatooine or Hoth, Naboo is certainly an important planet in Star Wars canon. A full spread page showing Vader with his back to the reader shows me his intent and impatience in finding answers.

Greg Pak has weaved his new story finely through Star Wars canon in such a way that it fits perfectly! He’s added new aspects to the back story that allow his current story to progress while also allowing long time fans to feel familiar with certain locations and characters. The best part of his writing though is a brand new reader can come in and not feel lost at all. 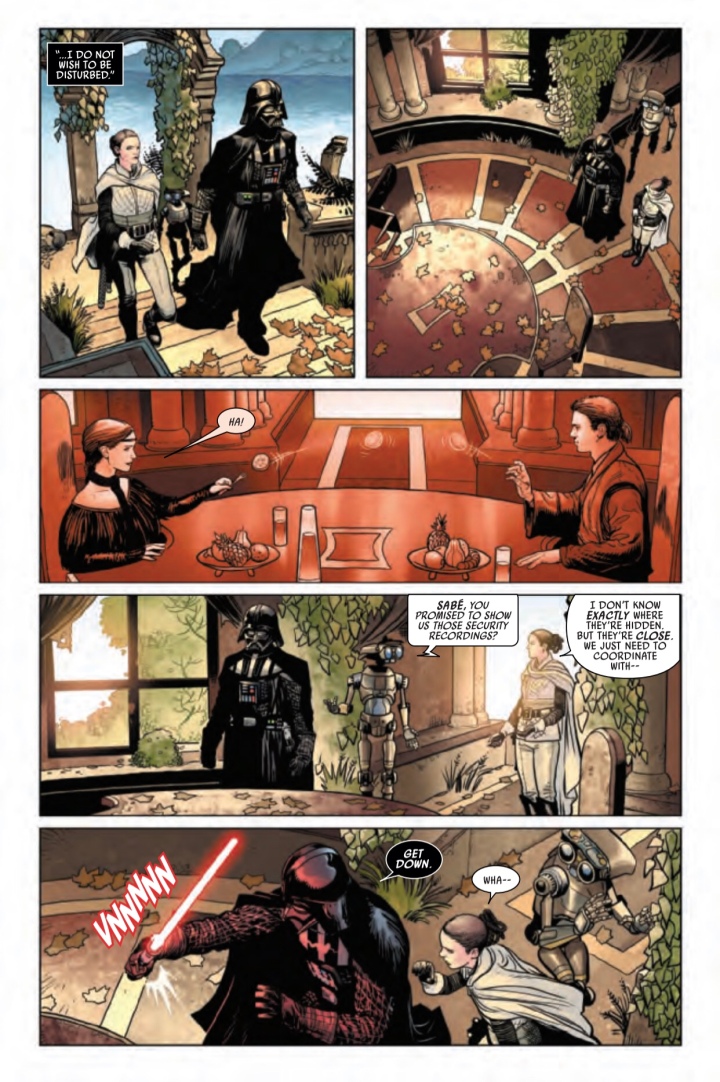 As with other Star Wars movies, much of the comedic relief is handled by the droids. And Greg Pak yet again does a great job of giving Zed-6-7 a unique voice of its own.

Let’s be honest though. Vader is the main draw here, and rightly so. He very well could be on the so-called Mt Rushmore of all-time movie villains. His rage and single-mindedness of his quest are on full display here. Clenched fists, quick terse statements, lightsaber igniting at the drop of a dime. There are, however, moments where you can tell by the art that he isn’t completely lost to the “dark” side.

If you couldn’t tell, I’m a big fan of not only this book but all the recently relaunched Star Wars books. You get world building on top of what was already a massive world. Not only that, but each issue is worth the reader’s hard-earned money. It’ll read great in trade, but also monthly. So, however you collect, you’re good to go!!

Issue three of Darth Vader is my favorite issue of this series thus far. That’s quite an accomplishment considering the long period of time between issues. While Pak could have stayed in the vastness of Star Wars history, he didn’t. He picks up the story and moves it along with some familiar faces, vehicles, and locations for sure, but what he’s added makes this an even better Star Wars experience.